Our guy, the very talented Chase N Cashe released his first project of 2017 today the Black Jesus project. The 4-track album is a collaborative effort with Jansport J, who I’m not honestly not familiar with. Anyways, stream it below and you can support it on iTunes as well.

New Orleans own Chase N. Cashe & West Covina’s musical blacksmith Jansport J have teamed up for the creation of “the Black Jesus” project which was released February 3, 2017 available on Apple Music, GooglePlay Music, Spotify, Tidal, and all other monetized music platforms. “the Black Jesus” is a 4 song album starring the lead single “Remind Me” featuring CGB artist Negus of the 7th Ward and the follow up track “As The World Turns…” which speaks about Chase’s ups and downs on his musical journey. This body of work will prove to be prophetic in due time. Right now let’s live in the moment and enjoy the music. 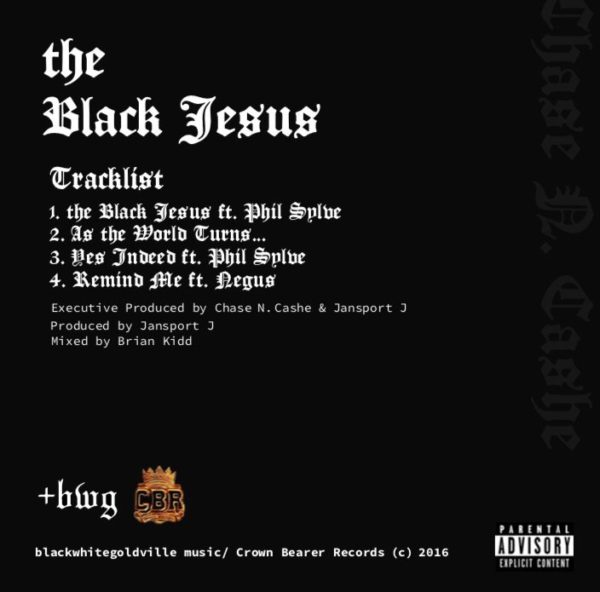