New mixtape from the Slime, Cleveland Ave’s own, Twice. The tape includes the crazy “No Wendy’s” that features Young Thug & “Tuscan Leather” which Twice released a video for back in June. The project is presented by Drug Money USA, who sent over the tape with this message:

Atlanta rapper Twice went and made his masterpiece. 28 tracks featuring all the Slimes. Lyrical trap music like you’ve never heard before straight from Cleveland Ave, the jungle for real. There is only one Lil Double Up. Confessional music for fucked up kids who never gave up. It’s a real deal ooze dripping opus. SQUID!

So check it out above and go download it from Spinrilla asap. 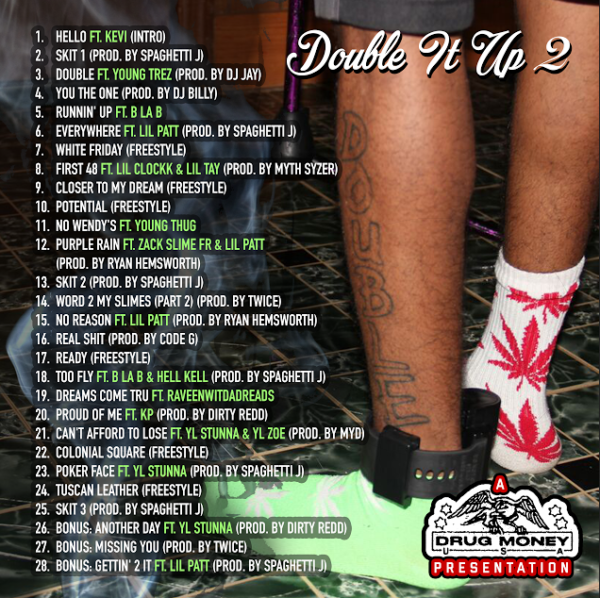 Be the first to comment on "Mixtape: Twice – Zachary (Double It Up 2)"