In Atlanta rap circles one engineer is beginning to stand out due to his contributions to the finished product. Cameron Cartee has become known as the Sauce God because of his ability to enhance the emotion of a song with his mixing. Him passionately coaching artists on everything from their lyrics to delivery has become a common sight at such top Atlanta studios as Patchwerk, Darp, Street Execs, & Billboards. Cameron has worked with everyone from 2 Chainz to T.I. to T-Pain, and seemingly everyone in between.

What is an audio engineer? An audio engineer works on the recording, manipulation using equalization and electronic effects, mixing, reproduction, and reinforcement of sound. As with anything music related, that can mean many things and have multiple applications. Undoubtedly the engineer is one of the most valuable and underappreciated elements of music, regardless of genre. Jay-Z knows, every time you hear him say Young Guru, he’s acknowledging his longtime personal engineer. 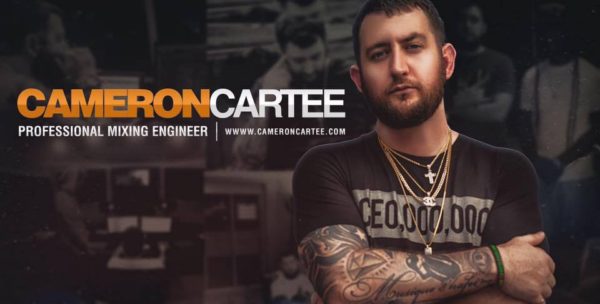 Mr. Cartee is also known for his brutal honesty. If he feels an artist isn’t performing up to standards, he isn’t afraid to let them know. “I’m the engineer that won’t let dumb lines slide. I won’t have a cadence that’s off. I will tell people it’s trash. I’ll tell them to do it again no matter who it is.”

Furthermore, he’s not shy about tweaking the beat either. “I bring out the emotions of a song; I will never leave the production alone without freaking it. So it’ll make certain lyrics stand out, or the artists punch lines more noticeable. You’ll see me add more production on top of the original. I’ll throw all these crazy filters and drops in songs while maintaining a crisp, clean sound.”

1 Comment on "From 2 Chainz to T-Pain: Mixed by the Sauce God"