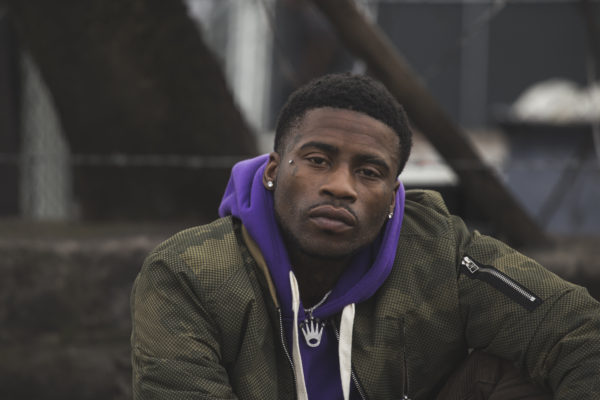 Wonder B is a Hip Hop artist and vocalist from the Westside of Atlanta, Bowen Homes Bankhead to be exact.

He is the self acclaimed King of Swang which he defines as a combination of soulful singing and rap. Wonder B has over 15 years of experience in music as he began writing for others at the age of 13 and joined a boys group named Nukool where he was formally known as Wonder Boy.

Prior to being able to freestyle his music, Wonder B admits to traditionally teaching himself how to rap by writing his rhymes as he only knew how to sing. It wasn’t until someone stole his lyrics to create a record which grew to be a hit that Wonder B realized the magnitude of his talents.

Wiser and focused, Wonder B is now a part of MGMG The Label which is also home to rising artists, Blo5k & G London and affiliated with rappers, 21 Savage & Lotto Savage.

Wonder B currently has 1 mixtape available via Livemixtapes titled, No Pressure hosted by DJ MLK and is working towards his upcoming project, Rose Child.

Rose Child is a dedication to his mother and will reflect the good, bad and ugly in Wonder B’s vigorous life. The lead single for the project is “Smoke Fuck Chill”, which has over 490k views on Soundcloud.

Wonder B and his team are applying pressure in the streets and creating the greatest story never told.

Listen to Wonder B “Smoke Fuck Chill” below:

Stay tuned and keep up with Wonder B via Instagram.

Be the first to comment on "Artist To Keep An Eye On: Wonder B"